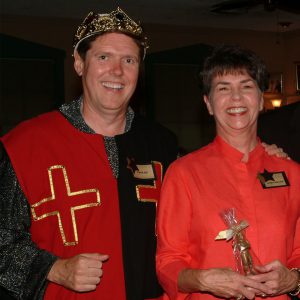 When Tom shared his retirement news with me recently, a cascade of memories came to mind. I was Tom’s first hire when he started his own law firm in 1997, three years before joining forces with Calvin and Greg. I hope you’ll indulge me as I share my walk down memory lane as a tribute to the world’s best boss.

I had taken a new job at Bank of America when Tom and I first became acquainted, and we met regularly over business lunches when he shared his plans to start his own firm. He was kind enough to offer me a position when he opened the doors to Thomas E. Black, PC. I knew the opportunity was right for me and, as I look back, I know I was being prepared for this professional opportunity of a lifetime.

My first day on the job is a distinct memory. I reported to work, although I wasn’t feeling well. When I went home for lunch, I began to feel sicker, so I called Tom to let him know I would not be able to work that afternoon. Tom later told me his parents were visiting from Buffalo and when he shared with them that his new hire called in sick that afternoon, his mother said, “She’s not coming back.” This true story gets funnier over the years and Tom and I have had many laughs about it. In fact, he shared this at our firm holiday party a few years back.

Over the years, the firm has grown and prospered, and I attribute that to Tom and the other partners’ leadership and example. They’ve held true to the core values that make BMG an incredible place to work, treating all team members and our clients with respect and as equals.

When I think of Tom, many descriptions come to mind. He’s one of the most likable guys you’ll ever meet with an honesty and generosity about him that’s rare today. And despite his success, he’s one of the humblest people you’ll ever know. Just try giving him a compliment!

Tom has an incredible way of making everyone feel like family, and he did that with me from the very start. In fact, he and Bridget opened their home to my daughter and me one year at Thanksgiving. What fun we had!  I’ll never forget the Blacks’ generous welcome to us during a holiday when we needed it most.

Tom, I wish you and Bridget a marvelous retirement. No one deserves it more. You both are tops in my book, and if there were more people like you, the world would be a better place. Thank you from the bottom of my heart for being the best leader and example for your team, and for giving me a chance 23 years ago!