When BM&G National Operations Manager John Gage isn’t busy with his day-to-day job, you might find him unwinding by reeling in largemouth bass from his fishing boat on Lake Ray Roberts. An avid amateur fisherman since childhood, John is also a family man and husband to Kelly, three-year-old Kate, and nine-month-old John.

John and Kelly are also proud parents of their ‘first child’ – a 120-pound Bloodhound named Peanut who’s been known to track up to 26 miles a day on the family’s Hill Country ranch! A native North Texan, John met Kelly 14 years ago when he lived in Fort Worth, and they now call Coppell home.

John is unique because has worn lots of different hats at the firm, starting on the coordination desk, before moving on to document prep, fulfillment and applications support as the firm ramped up its internal propriety software capabilities. He mastered his jobs along the way and was promoted to an operations position in 2011 before taking on the National Operations Manager role two years later. In 2014, he was also given oversight of BM&G’s information technology function.

We asked John who’s celebrating 14 years with BM&G the secret to his success. “To me, working at Black, Mann, & Graham is more than a job,” he said. “It’s my work family, and that defines our culture here. We’re one big family and we take care of each other just as we do our clients.”

If you haven’t had a chance to work with John, we hope you’ll have an opportunity to do so soon! He’s persistent and enjoys a good challenge – probably lessons he learned scouting the perfect fishing spot. 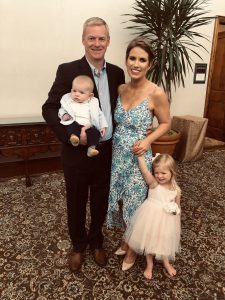