Celebrating Those with Disabilities 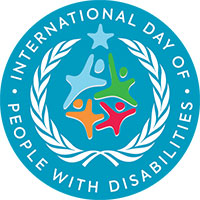 International Day of People with Disabilities is celebrated on December 3 as a day to recognize and value the diversity of our global community, and to cherish the role we all play, regardless of our abilities. Designated by the United Nations in 1992, the day is set aside to focus on promoting the well-being and welfare of people living with disabilities. Two BMG team members shared why this day is particularly important to them.

Before my daughter was diagnosed with autism, I had heard of autism; but I had no idea the challenges that people with autism and other disabilities face or the challenges that their families face. I honestly never thought about it, but now I dream of a world where everyone is accepting and understanding, where the parents of children with disabilities feel supported, and they’re prepared and financially able to face any challenges head-on. That’s why this special day, designated to spread awareness and acceptance for those with disabilities, is so important to me and my family.

I used to work for a non-profit which served people with IDD (intellectual or development disabilities). My job was actually getting some of these individuals a job.

I remember so many individuals were eager to work, it was a long-term goal for many. I had many placements and the people thanked me nearly every time they saw me. Many of these people got independence from their parents, got to live at the facilities they wanted to, and got to stay with their friends. Some of them were on the verge of being homeless.